Wong at a recent Interview in Petaling Jaya.

PETALING JAYA: Home rental app Speedrent, which eliminates the role of property agents as middlemen, looks to capitalise on the home rental market in the Klang Valley and in major Asean cities.

Asia Capital Management Sdn Bhd CEO Wong Whei Meng (pix) said the app was launched in March as Saywa and was subsequently rebranded as Speedrent in July to pave the way for regional expansion.

Focusing purely on the leasing of residential properties, close to 90% of its listings are homes in the Klang Valley.

The government has estimated population in Greater Kuala Lumpur to hit 10 million by 2020 while Asean has an estimated 600 million population.

He said supply of homes for rent is sufficient and, in fact, there is an excess in terms of middle to high-end residential properties.

“Houses less than RM1,300 (monthly rental) are in hot pursuit. Anything more than RM2,000 will start to slow (in demand),” said Wong, who has invested RM500,000 of his personal savings into the business.

“We’re going to expand to Australia through a licensing deal in October and also to Singapore by the first quarter of 2016. Right now we’re focused in the Klang Valley to make sure we’ve got the business model correct. Once all the pieces are perfected, we’ll replicate it in Singapore and regionally,” he said.

Speedrent is free for home owners to list and free for the public to use. It does not incur any commission on landlords or tenants upon the completion of a deal.

“What’s unique about Speedrent is that we’re embracing the idea of DIY (do it yourself) rental. Rental is simple. Now you can do it easily with Speedrent, unless you are too busy or not in town, then it makes sense to engage an agent. By using Speedrent, landlords can save on the agent’s fee, which is equivalent to one month’s rent.”

With this, Wong said close to 67% of landlords on Speedrent agree to offer a 50% discount of the first month’s rental to tenants.

“The tenant saves half (of the first month rental), the landlords save half (of the agent’s fee), so it’s a win-win,” exclaimed Wong.
In the next month or so, Wong revealed that it will launch a new app called Speedsign, an e-tenancy agreement signing app that applies the freemium (free & premium) model.

Freemium is a pricing strategy by which a core product or service is provided free of charge, but money (premium) is charged for additional features.

“If you think of the entire rental experience, after you a sign a deal as a tenant, you will need to move in, you may need broadband, pay TV or cleaning services so we upsell tenants that; banking on convenience.”

He said there will be no extra charges on top of signing up for these value-added services as the company simply receives referral commission from the service provider.

He estimates that the take-up for value-added services would be around 20% and aims to provide end-to-end services in the whole home rental process.

“With 250,000 houses for rent in the market, a rough calculation of 20% would be 40,000 houses. Multiply that by an estimated RM400 per tenancy agreement and value-added services, that’s RM16 million a year or the addressable market that we can target,” said Wong. 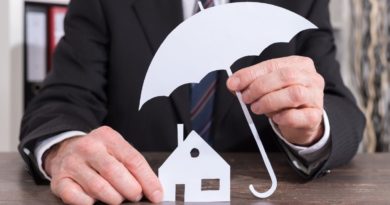 How Long Does It Take To Claim on SPEEDHOME

What Happens To Early Termination of Tenancy