When is the best time to buy a house?

On second thought, is there even a right time to buy a house?

A little bit of background…

It has been 11 years since the Global Financial Crisis of 2008 which began in the United States with the collapse of the subprime mortgage market… where the excessive risk-taking of the banks in the United States in demanding more mortgages and sudden widespread selling of stocks were some of what that triggered it.

People bought expensive houses even though they didn’t have sufficient income or positive cash flow. As money came from others, it was easy for them to have good credit and to use it. As the credit was continually used by many for expensive loans, the price of homes increased. This created an economic bubble.

Housing companies also continued to build many houses…which ended up being too many. This decreased housing prices, and the values of many homes dropped below the value of the remaining mortgage debt. This meant that owners could not sell off their homes 🙁

The collapse of the housing bubble eventually caused the value of investments to fall, and many companies and investors lost money. It has been said that the total financial loss from the crisis is an estimated $15 trillion, which would be RM61.65 trillion at present. Whew.

Since then, the international market (Malaysia included) has been going through a period of stagnation/slow growth. And the Malaysian property market, according to the Edge Markets, will be undergoing another year of stagnation before recovery can be seen. But hopefully, with improvements as there’ll be new policies and incentives introduced such as the National Housing Policy 2.0 and the Home Ownership Campaign.

What is the Home Ownership Campaign?

The Home Ownership Campaign is a government initiative designed to support homebuyers in purchasing property while increasing the sales of unsold properties in the local housing market.

Originally, it was slated to run from 1 January to 2019 to 30 June 2019, but Housing and Local Government Minister Zuraida Kamaruddin has announced an extension of the Home Ownership campaign to 31 December 2019. Also, the campaign is free – you don’t have to pay anything to buy a house under this campaign.

Benefits of the HOC

Seems like a great deal, isn’t it? If you’re looking to buy a house in 2019, it’s certainly the time to with all these incentives! 🙂 But like with all things, there’s a little thing called eligibility…

Am I eligible for the Home Ownership Campaign?

You’re eligible if you’re a Malaysian citizen and are buying the property for the sole purpose of only living in it :3

Is there anything else I need to know about HOC 2019?

So yes, this is definitely the best time to house in 2019. Especially if you’re new homebuyers 🙂 Look at all those incentives!

If you’re not ready to buy a house, feel free to Rent with Zero Deposit with us at SPEEDHOME! 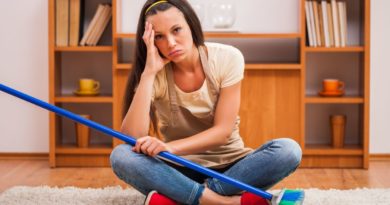 A Day to Day Guide to Preparing Your House for Sale

Hari Malaysia: Throwback to where we began