For years, property agents have been responsible for connecting eager landlords and prospective tenants together, and for negotiating a satisfactory deal between the two. Granted that this method may have catered to a significant number of happy landlords and tenants alike, it also left many others with a sour experience through the years, and Whei Wong was one of them.

After experiencing poor service at the hands of property agents, Whei Wong had a revelation that would set off a series of “disruptive” events that wouldn’t just affect him but the industry as a whole. He realised that property agents were behaving just like messengers, and that they weren’t providing him with any real value.

In an earlier interview with Vulcan Post, he said, “Dealing with 3 agents would require him to repeat the same thing 3 times. In an app, you just need to state it one time, and it can be replicated many, many times.”

The Beginning Of A Solution

Disgruntled with the state of affairs, he decided to become a part of the solution rather than the problem and began brainstorming ideas with his wife, Liz. And while they were brainstorming, the skeleton of what would later become Speedrent was born.

With the encouragement and the support of his wife, Whei Wong began to gather all of the building blocks that were necessary to make Speedrent a reality. The first thing that he did was to look for a co-founder to build Speedrent with. However, it was a challenge to find the right person as most of his friends had prior commitments and they weren’t in a position to dedicate their finances, time or expertise to a new entrant.

Eventually, he met Jarod Law through a mutual friend and together they applied for a government grant called Cradle CIP 150 but their application was rejected speedily. Disappointed, they soldiered on for a short while until they decided to split ways.

Even though the rejection and short-lived partnership was a major setback, he decided to take a leap of faith and pursue it on his own accord. Whei Wong said, “I thought it was too much of a hassle to coordinate with so many people, and I decided to plunge in RM80,000 to get the MVP out and some marketing budget for it to test the market.”

To speed up the process of application development, he decided to outsource the project to a third-party. “I’ve not found any foreign outsourcing company that was up to my expectation,” he said. They finally managed to get their first minimum viable product after 6 months of delay and 8 months of development.

With a vision in mind and a MVP in hand, he was able to woo a Japanese angel investor and they quickly began discussing the terms of the potential investment deal and business partnership. Whei Wong was ready to match dollar to dollar for the investment but he wanted him to contribute not just his cash but also his expertise.

Motivated by the positive progress and the promise of an investment, he reached out to his friends and made an offer to two developers, Soon Tak and Wei Zien to join Speedrent’s team, and they both accepted the offer.

Rise And Fall… And Rise Again

With an engineering team in place, Speedrent required a person that could handle the operations and ensure that the platform is able to scale quickly. He contacted an executive who is responsible for one of Rocket Internet’s regional companies and he liked the idea of being a part of Speedrent as well.

Given that the stars of fortune were beginning to align for Speedrent, Whei Wong thought that they’d be ready to disrupt the market in March 2015. But just as quickly as the stars aligned, things began to fall apart even quicker. The Japanese investor pulled the plug on the investment and backed out from the deal and opted to take up a promotion instead and the executive from Rocket Internet decided to pull out from the Speedrent team.

The Japanese investor and Whei Wong planned to invest close to RM1,000,000 to run the business. In fact, he convinced Whei Wong to plunge in RM320K (eventually raised to RM500K) instead of the RM80K that he initially wanted to invest to test the market.

And just within a short space of time, he was back to financing the whole venture by himself.

Given the sudden turn of events, instead of keeping things secret, Whei Wong decided to be open with his team about the situation. He said, “I sent an email to my team to explain the dire situation with the expectation that most of them would clock out from Speedrent—to my surprise, all of them pledged to stay and hang on together. It was a very touching moment for me.”

Even though he gave his team the choice of leaving the company if they wanted to, the team decided to stay and battle the situation out.

The rest as they say is history.

Since then, Speedrent has amassed more than 23,000 members, more than 60,000 messages and they facilitate deals of an average of 4-10 houses per week. Even though they’ve only been on the market for the past 4 months, their numbers continue to grow and they continue to find new ways of disrupting the market.

They’ve also added 3 new members to their organisation. Esmond to tackle their UI/UX needs; Sik Hoe to help them analyse patterns and improve operations; and Minkyu, a third programmer to help with their product development.

Speedrent has come a long way since they first started and within a short space of time they’ve been able to disrupt the property space, so much so that they’ve even received hate mail from property agents.

While we may never know if they will win the war with property agents, one thing is for sure, they are definitely making property agents and property developers take them and technological innovation seriously. 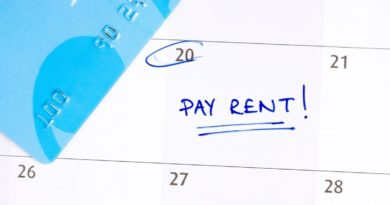 How to make your Tenant Pay their Rent! Tenant Screening Made Easy – No, Seriously.