But what exactly are the key points of a tenancy agreement? Besides the general details of the property, landlord and tenant?

A tenancy agreement plays a key role in all tenancies between landlords and tenants. It’s a contract that details the conditions, policies and terms of the tenancy. How long the tenancy is, what the tenant can do, the landlord’s responsibilities and more. Below we’ve highlighted key points of a tenancy agreement that relates to important tenancy agreement clauses that you need to know.

In this part, the contract should tell you when the amount is due, agreement that the tenancy is broken when the tenancy is terminated early and the conditions for moving in.

2. Length of the tenancy

A tenancy period/length of tenancy is defined as a set amount of time during which the tenant occupies the property. Landlords  must also be particular about the term and duration of the agreement while drafting it.

Typically, the tenancy agreement is for a year at a time. One-year, two-year, and three-year durations are the most prevalent.
For the reason that any tenancy agreement that lasts longer than three years is considered a lease rather than a tenancy.

Instead, if you’re renting on a monthly basis, make a note of it.
Indicate the date on which the contract was signed, as well as the start and end dates of the renting period.

The obligations and responsibilities of the tenant such as:

For the landlord, the tenancy agreement should specify or touch upon his/her obligations such as:

5. The conditions for early termination

A common issue for landlords is when tenants suddenly have to leave. Or when issues rise and tenants have to terminate their tenancy early.

The tenancy agreement should specify what to do when the tenant or landlord has to terminate the tenancy early. And also, what conditions must be fulfilled for the early termination to happen.

For example, the tenant having to pay at least two months’ of utility bills and clear all their stuff before moving out.

Here, it should split into two sections. The conditions for terminating the tenancy agreement as a landlord, and also as a tenant. It should explain what they need to do at the end.

Forfeiture of Tenancy by Landlord

Landlords can’t just simply evict tenants. Eviction requires evidence or legal grounds to do so, otherwise, if brought to court, can’t hold up. Reasons for eviction include tenant repeatedly not paying rent, the violation of the agreement and more.

All evidence should be documented and collected for sufficient proof. Keep in mind that eviction takes some time, and will take some money as well. Eviction is basically the last thing you want to do, so make sure you’ve tried talking with your tenant and stuff before you do so.

Seems like a lot to do? No worries, use our FREE rental management platform today. SPEEDMANAGE is powered by SPEEDHOME. A platform for rental collection. Manage your rent now.

When will I receive my copies of tenancy agreement, stamp duty, & insurance policy? How To Declare Your Rental Income for LHDN 2021 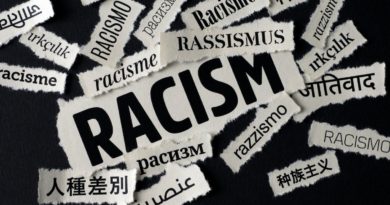 How Racism Affects Tenancies In Malaysia

2 thoughts on “Key Points of a Tenancy Agreement”