Property types in Malaysia are pretty diverse. Today SPEEDHOME examines the many type of houses in Malaysia, or the types of properties to see which would be suitable for your palette.

Once considered the mainstay of the Malaysian housing market, terrace houses were favoured due to their landed qualities and ease of renovation. Terrace houses usually feature a small yard in front or behind the house which could be extended to extend the built up of the entire house. The houses have since fallen out of favour in major states due to rapid urbanisation.

Considered a luxury amongst Malaysians. Stating you owned a bungalow was typically a license to brag among neighbours back in the old days. The original term bungalow was used to refer to houses built during the colonial era but local real estate lingo had incorporated it to include detached houses and also mansions. Bungalows are characterised by it being a standalone house on its own land.

Semi D’s have been gaining a bit of a standing in Malaysia as it has been the focus of many major developers in Malaysia. Semi dees are joined on one side to another property making a single building. Homes are said to mirror each other in terms of setup. It is also commonly referred to as a duplex.

The flat is perhaps the most basic setup one can go for in Malaysia. They are typically for those who are looking for a budget. Flats, though affordable in Malaysia have a reputation to be poorly managed and have certain security concerns.

Need to find the right type of house for your future home? Checkout our main site where thousands of houses are available for rent! 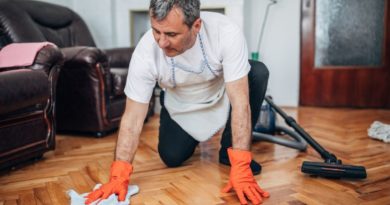 Home Maintenance for Those Living Alone

A Day to Day Guide to Preparing Your House for Sale